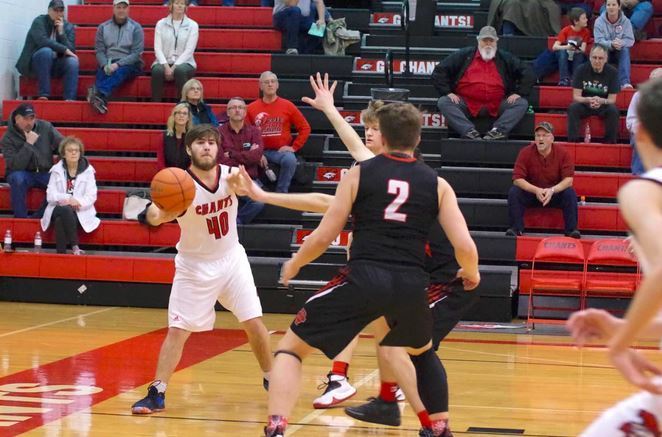 The Chants played two conference opponents this past week. Taking on Doniphan Trumbull and Wood River. On Thursday night the Chants hosted the Doniphan Trumbull Cardinals. The Chants raced out to a 14-8 lead before stretching the lead to 30-16 at the half. Caped off with a buzzer beater from Reese Davenport. “We talked about having a fast start vs these guys because in the past couple of match ups with them they have been the ones who have jumped on us early. So that fast start was key for us.” Coach Gates said. The 3rd quarter would see the game slow down but the Chants would stretch the lead to 17. Then the 4th quarter the Cardinals would attempt a comeback. The Chants would respond and keep the game out of reach for the Cardinals and win the game 57-52. “We did not finish that game how we wanted but how we played early keep us in front.” Coach Gates said. The Chants were led by Hayden Grint who had 25 points and 12 rebounds in the Win. Solomon Campise added 19 points in the win.