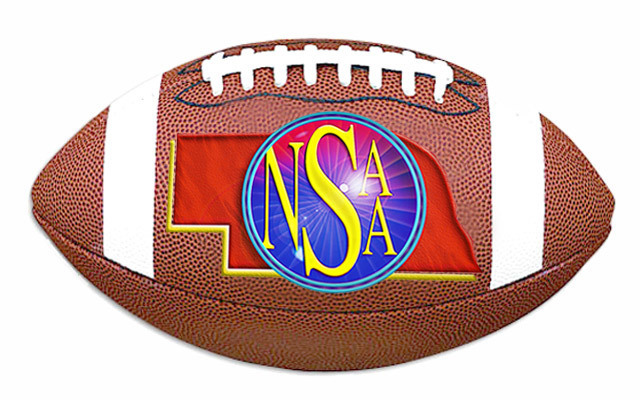 DAVID CITY- The 9-0 Ord Chanticleer football team traveled to David City Aquinas for the second round of the 2020 Class C2 playoffs. The Chanticleers took the opening kickoff again and on the first play the Chants went up top on a pass from Zach Smith to Quinton Ries for a 47 yard catch and completion. The drive stalled out due to penalties and Kelen Meyer got the Chants on the board first with a 27-yard field goal. The Chanticleer defense forced Aquinas to punt on the next possession and Chanticleers drove the ball on a 10 play drive ending with a 20-yard touchdown from Zach Smith to Kelen Meyer. At the end of the first quarter it was the Chanticleers 10-0. In the 2nd quarter, the Chanticleers turned the ball over a couple of times which led to a touchdown by Aquinas making the score 10-6 and it would remain that way until halftime. The Chanticleers got off to a great start in the second half forcing Aquinas to punt on the opening possession. Then the Chants took the ball down the field and scored on a Zach Smith 7-yard touchdown run. In the 4th quarter, Aquinas would not go away as they scored on a 22-yard pass for a touchdown. The Chants were forced to punt on the next possession and Kelen Meyer booted a 58 yard punt down to the Aquinas 4 yard line. A couple of plays later, Tommy Stevens ripped the ball away from the running back and it set up a score from Tommy Stevens to seal the game at 24-12. Coach Wells added, “Aquinas was a really disciplined and tough team but our kids found something in themselves in the second half and weren’t going to be denied. It’s playoff football and it comes down to who wants to be the most physical, who can take care of the ball, and who wants it more.” The Chanticleers will host Oakland-Craig on Friday in the 2020 Nebraska State Playoff C2 Semifnal. The game will be at 6:00.