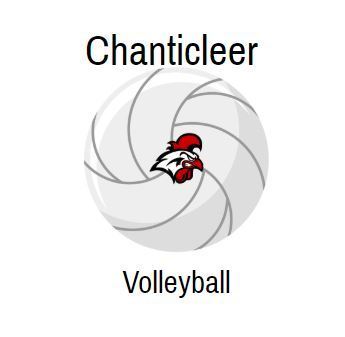 The Lady Chanticleer Volleyball team entered summer of 2020 with a sense of determination and eagerness. After being sidelined due to the COVID pandemic, the lady chant athletes were ready to get back on the court in whichever way they could. Through zoom sessions, workouts were completed, meetings were held, goals were developed. Wasting no time, this group of young ladies rose to the challenge. Up at 5:30 am, they worked hard and lead with class, develop team chemistry, prepare their minds and be able to move into regular season with a code of “Never forget why you started”. Led by senior captains, Megan Benton, Abbi Stethem, Abby Jacobs and Keely Holm, this group was able to develop a vision that would stick with them throughout successes and failures.

Preseason was exciting with young and upcoming talent evident early on, they were there to push each other to a 21-9 record. The lady chants began their season with a 3-0 victory over Minden which would set the stage for a season of growth and opportunity. Each player has had a large impact on the success of this seasons squad. Megan Benton, Shaylee Jacobs, and Kaidence Wilson led the area in kills, hitting percentage, set assists and aces respectively throughout the entire season putting Ord volleyball in a respected position. These lady chants know that without the help of their teammates they would not be able to get to these positions. Our defensive front was led by Abbi Stethem, Abby Jacobs, Keely Holm and Nikie Nelson with assistance from defensive specialist Ali Miller and outside hitter Britta Deden.

A. Stethem led the team with 345 digs with second on the team in digs being Abby Jacobs with 302. Abbi, Abby, Keely, Nikie and Shaylee averaged, 279 digs on the season. This defense allowed our attackers to maintain long rallies and gets necessary points off of transition and kills.  Megan Benton led the offense with 335 kills and a hitting efficiency of .289 with Nikie Nelson as the second in kills with 194, Kaidence Wilson was 3rd on the team in kills and our offense was rounded out with Abby Jacobs, Keely Holm and contributions from freshmen, Marin Reilly. Our serving game was strong all year long and was one of our biggest threats to our opponents. Our team averaged a 92.3% with 3 aces per set. Kaidence Wilson led the Lady Chants with an impressive 61 aces on the season also a top leader in the area. Kaidence was also a large contributor with 3rd on the team in kills, 2nd in hitting efficiency and 2nd in total blocks. Shaylee Jacobs added a 97.9% serving percentage and 691 set assists finishing 2nd in total set assists in our conference. None of these stats are possible without a strong group of underclassmen to push our varsity and this only comes with a solid junior varsity team.

The Lady Chants competed in the LouPlatte Conference tournament achieving 2nd place honors. Fighting every practice through COVID restrictions, building culture and working hard to improve on skills, the Lady Chanticleers entered their post season with a record of 21-8. Finalizing their season with a hard-fought loss to O’Neill in district play, this team was truly special and are going to be taking a large catapult into the future of Lady Chanticleer Volleyball. Looking back through this season was humbling, as this team was able to find passion, love and joy in the game they have grown up loving and truly an honor for this first year Head Coach. A large thank you goes out to our athletes parents, our OPS staff, custodians and athletic and medical team for keeping us in the game. A huge note of gratitude to the rest of the coaching staff and our strength training program, you are appreciated.

The Lady Chanticleers were awarded with the following post-season awards. 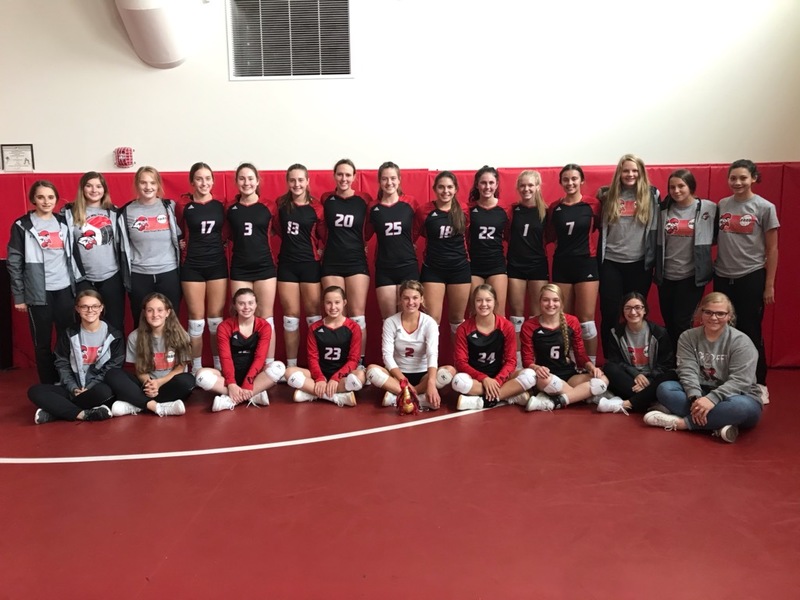