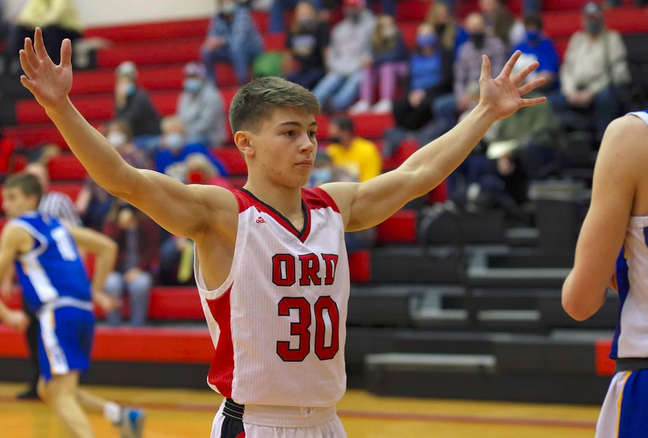 Chants Drop One To D-T

Friday Night the Chant boys traveled to Albion to take on the Boone Central Cardinals. The Cardinals jumped out on the Chants to win the first quarter 20-4. From there the Chants would play the Cardinals even in the 2nd and 3rd quarters before the Cardinals were able to run the game out to a 75-45 victory. “We had opportunities in the first quarter to get easy buckets and we did not convert which led to them getting some easy looks they made” Coach Gates said. “We bounced back and played really well but you can’t dig that big of a hole vs a good team.” Gates added. The Chants were led by Quinon Ries with 13 points and Johnny DeRiso added 12. The Chants game on Saturday vs Arcadia-Loup City was postponed.

The Chants did not return to the court till they faced the Doniphan Trumbull Cardinals after the postponement of the Arcadia Loup City Game and cancellation of the Wood River game. Unlike the week before, the Chants and Cardinals struggled to find their offensive footing with Cardinals taking a 10-5 lead at the end of the 1st quarter. The Chants would control the 2nd quarter and only be down by 1 at half time 20-19. The 3rd quarter had a few lead changes and ended with Doniphan Trumbull having a two point lead. The Cardinals would start the 4th quarter on a 5-0 run before the Chants rallied back again. The Chants would have multiple possessions to tie up the game but would come up short and be forced to foul leading to a 47-41 victory for the Cardinals. “We did a lot of things well tonight but came up short in the end.” Coach Gates said. Quinton Ries led the Chants with 11 points and 14 rebounds. Zach Smith had  11 points. Johnny DeRiso added nine points and Will Grint pitched in eight for the Chants. The Chants will open the Lou Platte Conference Tournament on Monday at Wood River.