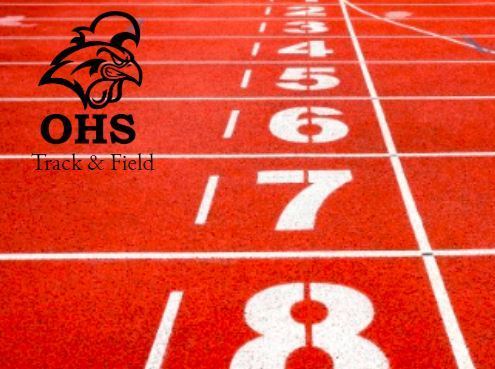 The Ord High School track and field teams had solid performances on a tough day to compete at the Broken Bow track meet last Thursday.  “I was really pleased with the way our kids performed in this meet”, Coach Derry Trampe said.  “It was a really tough day to compete with cold temps, high winds, and rain for the finals.  I thought our kids really stepped up and performed well despite the conditions.  We have a lot of good things happening right now as we work toward the end of the season meets.  I was really pleased with how well we did with some kids missing for other activities and the level of competition we saw on Thursday.” The girls finished 11th in the 11-team field with 18 points while the boys finished in 4th place with 76 points.  McCook won the girls team race with 114 points with Gothenburg as the runner-up with 62 points.  Rounding out the team scores were:  Holdrege (58.5), Scottsbluff (54), O’Neill (46.5), Aurora (44), Cozad (44), Kearney Catholic (39), Alliance (25), and Broken Bow (21).

Quinton Ries led the way for the Chanticleer boys again this week as he won both the long jump and the triple jump with school record marks.  Ries leaped 22’ 3.5” in the long jump to break his own school record for the second week in a row.  He then turned around and won the triple jump on his last jump of the competition with a leap of 44’ 0” breaking the school record he established last week.  “Quinton is having a fantastic year so far”, Coach Trampe said.  “I hope it continues for him for the rest of the season.  It will be exciting to see how far he goes by the end of the season.”  Zach Smith added another individual gold as he won the 800 meter run in a personal best time of 2:09.15.  Smith and Ries teamed up with John DeRiso and Owen Lane to win the 4 X 400 relay in a time of 3:38.32.  “Along with Quinton, Zach, John, and Owen had really good days for us”, Coach Trampe commented.  “They really contribute a lot of points to our team each week and just continue to get better every week.  We have a lot of kids that are performing well this season but these guys have really been important to our success this year.”  John DeRiso added a second place finish in the 400 with a personal best time of 53.81.  Hayden Kluthe finished second in the 300 IH in a personal best time of 44.96.  “Hayden was another kid that had a really good day for us”, Trampe stated.  “He had three personal best performances on the day and medaled in both hurdle events.  He is really becoming an important part of our team.”  Kluthe added a third place medal in the 110 HH in a personal best time of 16.10.  Fourth place medals went to Owen Lane in the 400 (55.15) and Clayton Thomsen in the 300 IH (45.63).  Fifth place medals went to Clatyon Thomsen in the 110 HH (17.81), Blake Wells in the pole vault (11’ 8”), and the 4 X 100 relay team of Tommy Stevens, Evan Thomsen, Gage Racek, and John DeRiso (47.91).

Britta Deden won two medals on the day to lead the girls team.  Deden finished second in the 300 LH (50.55) and fourth in the 100 HH in a personal best time of 17.11.  “Britta had a really good day at this meet”, Trampe noted.  “She is a very competitive person and works to perform at her best every time she steps on the track. She will do a lot of great things for us during her career here.”  Kloe Severance was the other medal winner for the Chants as she finished third in the 1600-meter run in a season best time of 5:51.90.  “Kloe had a really good race on a tough day to run”, Coach Trampe said.  “She has been a consistent performer for us over her entire career and just continues to get better every week.  She has really stepped up as a leader for us this year.”  Even though the Chants only had three medal winners, they had several personal best efforts on the day.