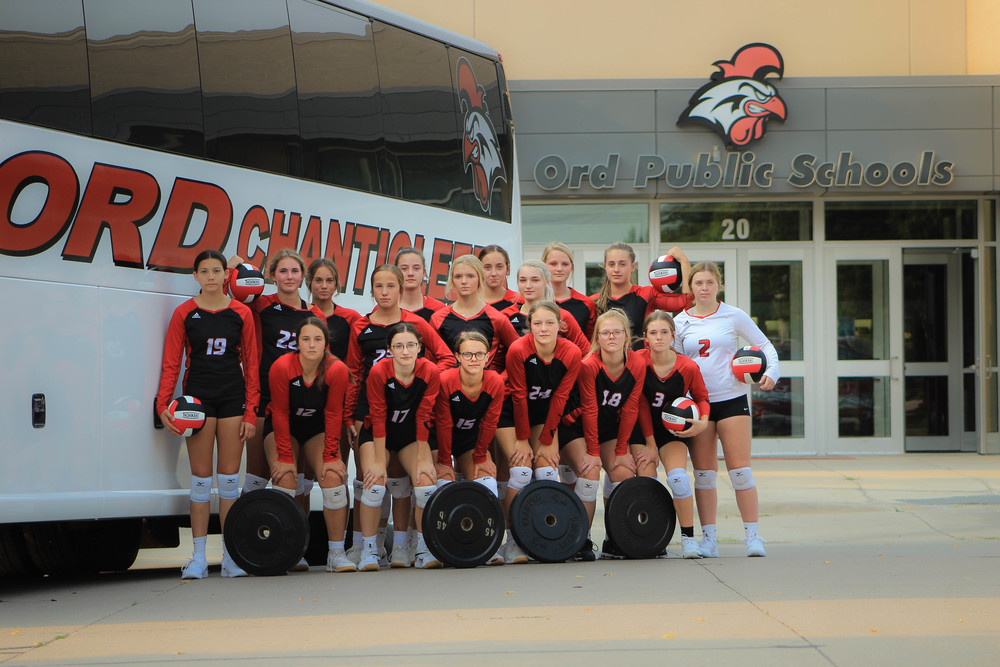 The lady chanticleers are coming off of a 21-9 season and returning two starters, Kaidence Wilson and Shaylee Jacobs. Kaidence Wilson comes off of a successful sophomore season with 3rd on the team in kills and 2nd on the team in blocks. Kaidence is also impressive at the serving line with 61 aces in the 2020 season. Shaylee Jacobs is a 97% server and brings senior leadership to the setting position.

Coach Smith states, “Shaylee is solid, she brings a calmness and steadiness to the court that we will need all year long. Kaidence just keeps getting better, she not only has a lot of varsity experience but has a wealth of club experience which brings another level of play. With losing so many seniors, every position is up for grabs this year, we have a young and exciting team of hard working athletes. They work hard in the weight room and hard on the court. Some of our upcomers competed closely for starting positions last year and they have brought that same mindset to our offseason and into the first week of practice. It’s been competitive and we’ve moved fast. Journi Moran, Britta Deden, Lexi Vancura, and Ali Miller are our some of our returning upper classmen and we have a group of sophomores that will surprise people this year and contribute in big ways they are volleyball athletes that you want to see on your side of the net.”

Mixing that in with an already athletic line-up has a growth potential that is Ord Volleyball.

“We need to be ready, immediately after the first week, we play St. Paul at home and then head to the Wahoo tournament” shares Coach Callan. “This group has been a lot of fun, they love each other and hold each other accountable. We’ve had a great off-season and they will be fun to watch.”

On August 24th, the Lady Chants will take on Central Valley Cougars in their jamboree match in Greeley at 7pm. August 26th in Minden at 5/6/7pm and August 28th at the Bill Marshall Classic at the Nebraska State Fair at 2:30pm vs. GICC.

“We are excited for the opportunity to play at the Bill Marshall Classic at the Heartland Event Center on August 28th at 2:30pm. We are paired against GICC which will be another tough and hard fought match. This is a huge honor for Ord Volleyball and a great opportunity to be able to play in a facility that matches the state tournament.” Stated Coach Smith.