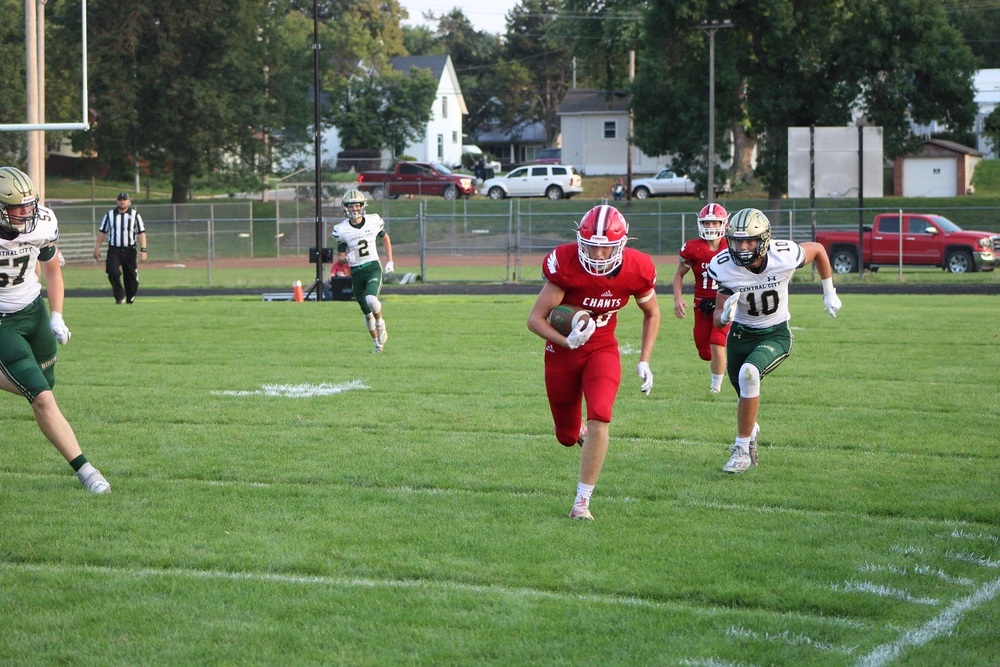 ORD- The C2 Defending State Champions had their opener last Friday looking to improve to 2-0 on the season. The Chants started fast, turning the Bison over on downs and getting the ball on a 6-Yd line. After a penalty, Gage Racek scored the first touchdown of the game on a 16-Yd Run.  The Bison took the next possession down the field into Chant Territory but Talan Bruha would intercept the Bison QB and take it 76-Yd for the touchdown. The Chanticleers would score 2 more touchdowns in the first quarter to make it 27-0, Gage Racek on a 1-Yd touchdown run and Dylan Hurlburt on a 54-Yd touchdown run. The Chant defense continued to play great defense shutting out the Bison in the first half. Dylan Hurlburt would add another touchdown before the half on a 2-Yd run to make it 34-0 at halftime.  The Chanticleers would continue to dominate the 2nd half by outscoring the Bison 21-7 in the second half. The Chanticleer defense caused 5 turnovers in the game(4 INT and 1 Fumble Recovery). The defense did a great job eliminating any attempts by Central City to run the ball and providing outstanding coverage limiting their big-play passing offense. The Chants had no turnovers in the game and had minimal penalties. The Chanticleer big men dominated in the run game throughout the contest as the Chants ran for 422 Yds. The Chants will play at home next week and take on Norfolk Catholic.