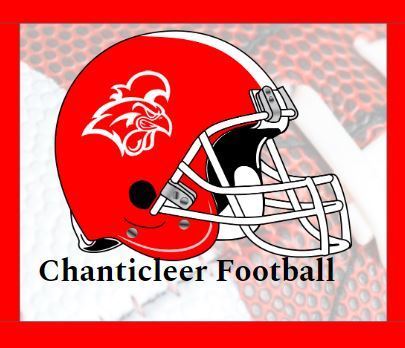 ORD- The Chanticleers had their 2nd home game in a row last Friday looking to improve to 3-0 on the season. The Chants won the toss and deferred to the second half. The knights took the opening kickoff and drove the ball for a couple of first downs. The Chants forced a punt and started their own drive before a couple of penalties halted the drive. The 1st quarter would continue that way with a back and forth battle which would end the quarter in a 0-0 ballgame. At the beginning of the 2nd quarter the Knights struck first on with a 30-Yd touchdown pass up the left sideline. The Chanticleer offense just had a hard time getting going in the first half. The Knights kicked a field goal at the end of the quarter to make it 10-0 heading into the half. The Knights would tack on another score at the beginning of the third quarter to make it 17-0. Finally, the Chants responded on an electrifying 73-Yd run by Dylan Hurlburt. After a Talan Bruha extra pt., the Chants pulled to within 10 pts. with the score being 17-7. The Chanticleers kept fighting in the 4th but were unable to finish drives due to mistakes and penalties. The Knights were able to score two more times in the quarter to make the final score 30-7. Head coach Nate Wells said, “we got beat but we are going to learn from this and get better.” The Chanticleers go on the road next week to take on the 3-0 Broken Bow Indians.