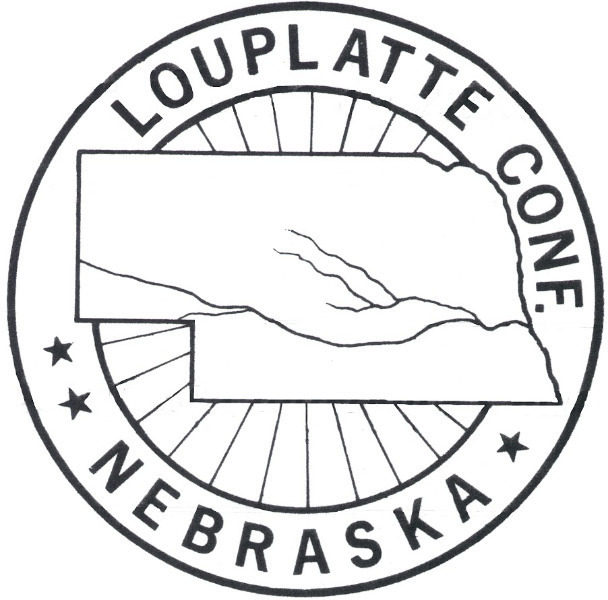 The Ord High School cross country teams competed in the LouPlatte Conference cross country meet on Tuesday, October 5 in Gibbon.  On a very hilly and challenging course the Chanticleers came away with some solid performances.  “The course at Gibbon is really a demanding course for kids to run”, Coach Derry Trampe said.  “You are either going up a hill or down a hill without a lot of flat area to run on.  I felt like our kids worked hard throughout the race, but the hills and the heat got to us a little in the last mile of the race.  The good news is that we have a long recovery before the district meet.”

The boys finished 6th in the 9-team meet with 95 points.  St. Paul won the meet with 28 points while Doniphan-Trumbull was second with 40 points.  “I thought our boys ran competitively early in the race, but we fell back a little too much in the last mile”, Trampe said.  “We are running well as a group now we just need to move up in the individual standings.  If we do that, our team score will be a lot lower as we move forward.  We just need to get in the race early and then battle to stay there through the rest of the race.”  Rounding out the team scores were: Gibbon (64), Ravenna (72), Arcadia/Loup City (81), Centura (100), Central City (110), and Wood River did not field enough runners to score as a team.  Elijah Pollard was the top finisher for the boys as he just missed the medals with a 17th place finish in a time of 21:44.  “Elijah has been running well all year and he really runs the hills well”, Trampe said.  “He is a great competitor and will continue to get better as he gets older and stronger.”  The other three scoring runners for the Chants were Garret Severance, Hayden Kluthe, and Grady Moudry.  Severance finished 25th in 22:24, Kluthe was 27th in 22:42, and Moudry finished 30th in 22:55.  “All three of these guys were in really good position after the first mile and did not give up too many places during the second mile”, Trampe stated.  “However, we did have some trouble during the third mile and gave up more places than I would like to see us give up at that point in the race.  We have got to be stronger in the last part of the race.”  Pushers for the Chants were Brodie Klimek (36th in 23:50) and Jericho Smith (38th in 24:08).  “Brodie and Jericho ran well together in the race”, Trampe noted.  “Now we need to keep them within 30 seconds of our top 4 runners.  We have a lot of potential to be a very good team for the next several years as long as we continue to work hard and push each other in practice and meets.”

As a team the girls finished in third place with a total of 49 points.  Doniphan-Trumbull won the meet with a low score of 18 and Ravenna was a close second with 20 points.  “I was happy with how or girls team performed in this meet”, Trampe commented.  “I thought we handled the demanding hills as well as we could, and they really got out and competed in the meet from the start.  However, like the boys the last mile of the race was really tough on our girls.”  Rounding out the team scoring were St. Paul (64) while Arcadia/Loup City, Central City, Centura, Gibbon, and Wood River did not field enough runners to score in the team race.  “Our conference is down in numbers this season and it is too bad that we don’t have more scoring teams than this in the conference”, Trampe noted.  “I am still pleased with our girls and the way they competed in this meet.”  Leading the way for the Chants was senior Macy Warner.  Warner earned a top 10 finish in the individual standings and was named to the All-Conference second team for her efforts.  Warner finished in 9th place in a time of 25:28 to earn her medal.  “Macy has been a consistent performer for us all season long”, Trampe said.  “She has been a great leader for our girls this year both in meets and in practice.”  Also earning a medal in the meet was Izzy Jeffres as she finished 15th in a time of 26:20 to grab the last medal in the meet.  For her efforts she was also selected for honorable mention all-conference honors.  “Izzy has been running well in practice these past two weeks and it shows in the way she competes in meets”, Trampe commented.  “She continues to get stronger every week and I look for really good things from her at districts.”  Just missing out on a medal with a 17th place finish was Valeria Chacon-Arellano.  Valeria covered the 5,000-meter course in a time of 27:10.  “Valeria got out a little slow at the start of the race but made up a lot of ground in the last two miles of the race”, Trampe said.  “She has been battling some soreness in her lower legs and it takes her a while to warm up in a race.  Hopefully, she will feel better by the time we get to the district meet.”  The final scorer for the Chants was Elisabeth Bengston.  Bengston finished in 29th place in a time of 35:50.  “I was very pleased with the time that Elisabeth turned in on this course”, Trampe said.  “She ran every step of the race and was able to work her way up some really steep hills.  She has made a lot of progress this year and will just continue to get better with every race each year.”

The Chanticleers had three boys that competed in the junior varsity race.  Gage Sintek was the top finisher for the boys as he placed 8th in a time of 24:18.  Skylar Probst was 10th in a time of 26:09 and Braden Bruha was 15th in 27:49.  The cross country teams will compete in their district meet on Thursday, October 14 in Aurora.  The races will be held at Streeter Park in Aurora with the girls scheduled to run at 4:15 pm and the boys at 5:00 pm.