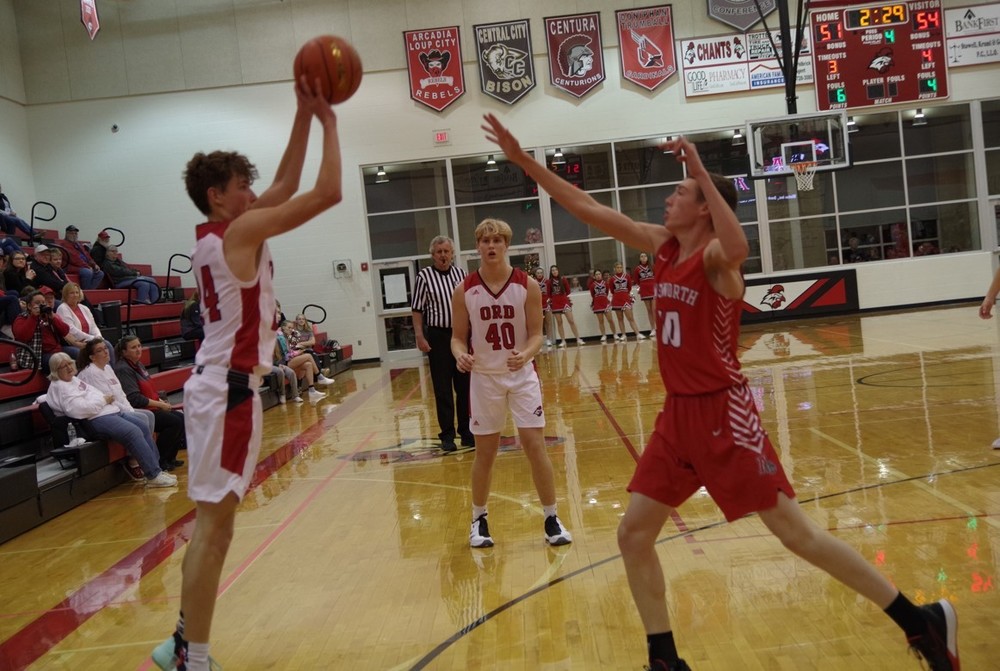 The Ord Boys Basketball team opened its season by hosting the Ainsworth Bulldogs. The game would be a back and forth tilt with the team’s trading leads multiple times. The Bulldogs would take a two-point lead on a late layup at the end of the first half. “We did a lot of good things in the 1st half but we just couldn’t ever pull away.” Coach Gates said. The start of the of 2nd half opened with 3 pointers by Blake Hinrichs and Blake Wells giving the Chants a four-point lead. The Bulldogs would answer back but the Chants would carry a one-point lead into the 4th quarter. The game would continue to go back and forth before two 3 pointers by the Bulldogs gave them a four-point lead that the Chants could not overcome and the Chants would lose 56-60. The Chants were led by Blake Hinrichs with 15 points and 9 rebounds. Will Grint added 12 points and 10 rebounds for the Chants. Blake Wells and Talan Bruha added 9 points each for the Chants. “It was disappointing to end up on the losing end of that one, but we showed a lot of growth from our jamboree game and I think we can keep growing from here.” Coach Gates said after the game.

The following night the Chants traveled to conference rival Central City and from the start, the Bison would control the game. “Give them the credit they forced us into a lot of mistakes and they took advantage of those.”  Coach Gates said. The Chants would not give up but the Bison used the momentum and shot over 50% from the field to get the 74-25 victory. The Chants were led by Will Grint with 12 points and Blake Hinrichs added 10 rebounds for the Chants. The Chants will travel to West Holt on Tuesday before taking C-1 top five Kearney Catholic on Friday at home.