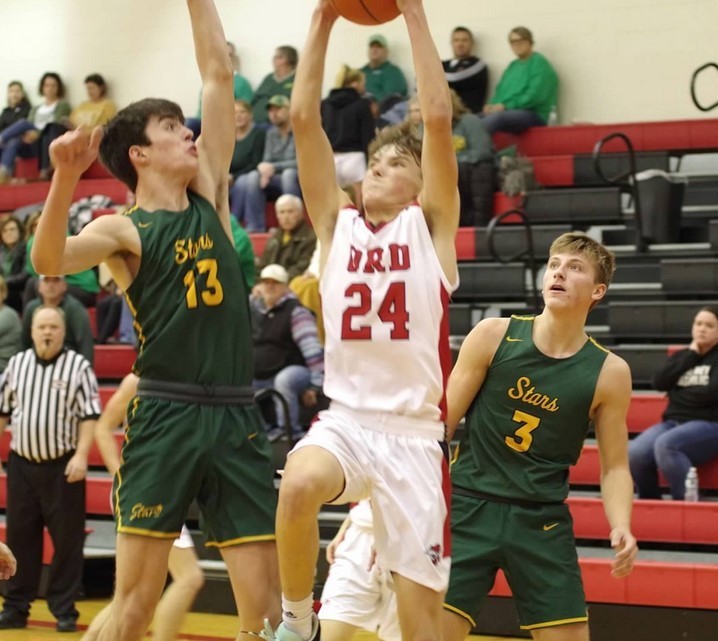 On Friday the Chants hosted top-three rated Kearney Catholic. The Stars were able to show their dominance from the start. “There is a reason they are rated where they are.” Coach Gates said. “We showed a lot of fight in the 2nd half but that was a good ball club we went up against and hopefully this makes us better down the road. The Stars were able to get a 39-9 at the half and cruised to a 54-31 victory. Blake Hinrichs had 11 points to lead the Chants. The Chants will host Hastings St. Cecilia before playing its last game before the holiday vs Centura on Saturday.