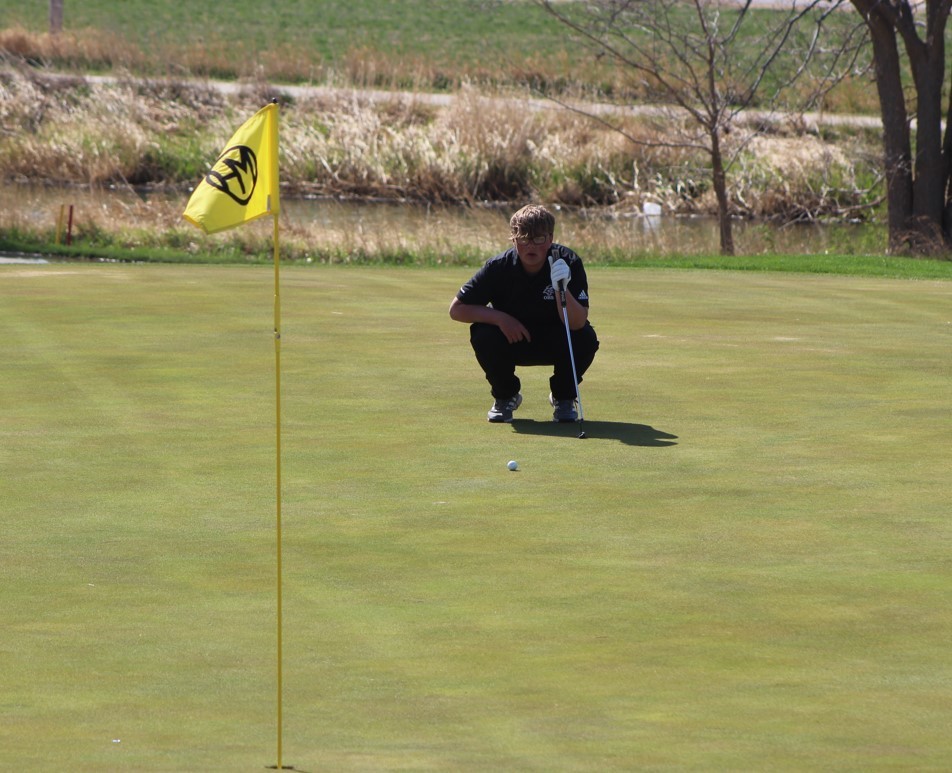 The Chants traveled to Meadowlark Hills on Tuesday for the Kearney Catholic Invite. The weather was finally warm although the wind still blew. The Chants took third place at the 15 team invite. KC won with 331, Amherst was second at 352 and Ord third at 355.

Coach Bechtold was pleased with the outing and commented on the improvement he saw.

“We got a little closer to our goal of having everyone around 85.  However, we saw a lot of areas for improvement which included our short game.  Putting and chipping left several strokes out there.”

Bechtold noted that practice has been very disjointed this year with the weather and the quality of the courses they have played on.

“It has been a very hard year to get better, with the wind blowing so hard every day and the slow return of good grass on all of the courses. Hopefully, we can make up for lost time in the coming weeks.”